What is the Campaign about?

The Family Arts Campaign is a large scale, national collaborative programme led by the visual and performing arts sectors to increase levels of arts engagement by families. It will do this through three main areas of work:

Who is the Campaign for?

This Campaign is primarily aimed at increasing and broadening audiences and participants for the visual and performing arts sectors generally, but we will be focusing our work on those organisations who are members of the six partner organisations, as well as ACE’s National Portfolio Organisations (NPOs).

There will be opportunities for other organisations not part of one of the identified groups above to also access aspects of the Campaign and we are keen to work in partnership on initiatives with museums and libraries.

Who is running the Campaign?

The Family Arts Campaign is an initiative of 9 organisations & trade bodies:

The consortium has been awarded a grant of National Lottery funds by Arts Council England (ACE) to develop a campaign focussing on the development of family arts engagement. The Campaign is funded until March 2015.

The campaign is overseen by a Project Board:

Central co-ordination is led by a small team:

Back to top | Close


Increasing levels of arts engagement by families is a challenge for arts and cultural organisations. This free screencast is aimed at those involved in creating and promoting family offers from marketing and programming through to front of house.

Divided into nine parts, each self-contained video is packed with lots of useful information covering the family audience development process, including developing insight, strategies and campaigns, and using digital channels to target, engage and enhance the family audience experience.

Watch all nine short videos packed with lots of information that you can view, pause and rewind as often as you like. 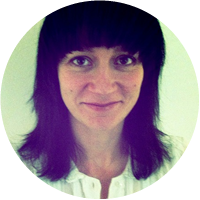 Katie has worked in the digital and communications sector for over 17 years. She specialises in helping people engage with their online audiences more effectively and has worked with many prestigious arts organisations, public sector bodies and private businesses. An experienced trainer, Katie has been running workshops about social media since 2008. She is currently also the digital manager at The Audience Agency. Katie writes for a number of sites and publications, including The Next Web, a popular technology blog.
x 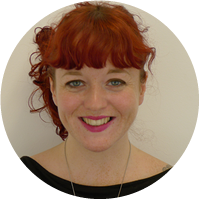 Lucie Fitton is Head of Engagement for the Audience Agency. Lucie works with clients that include Royal Opera House Bridge, The Barbican, English Heritage, British Museum, Wellcome Collection and The Art Fund. Prior to joining The Audience Agency in 2013 Lucie was Senior Community Collaboration Manager at Museum of London. She worked at Museum for nine years managing inclusion, community and youth programmes. Prior to this she worked in a range of informal learning and training roles within youth, voluntary and welfare to work sectors.
Screencast produced and managed by

Speakers
In partnership with